UPGRADE YOUR BROWSER
You are running an older browser. Please upgrade your browser for better experience.

Bundle #010 with HeadONE for DSLRs
HOT

Bundle #018 with HeadPLUS for DSLRs

Bundle #008 with Dual HeadONE for DSLRs

Bundle #014 with HeadPLUS for DSLRs
JibONE Bundles (View all)

Bundle #041 with Single HeadONE for DSLRs

Bundle #043 with HeadPLUS for DSLRs

Compare & Bundle Compare different motorized setups and find the one that is best suited to your needs. START
Clearance Stock

What's new
Incline support up to 22.5° and 5.5 lb (2.5 kg)
Legs with locking mechanism
More robust than ever
What makes SliderPLUS magical?
With its award-winning unique design, SliderPLUS is the first slider in the world that combines portable size with long camera travel. Travel with half the weight of a traditional slider and work in tight/crowded spaces much more efficiently.
Twice the camera travel
The rails of SliderPLUS move with the camera, giving you twice the amount of camera travel compared to regular sliders of its size.
Twice the dolly in/out range
SliderPLUS gives longer dolly in/out range compared to regular sliders. Since the rails move together with the camera, they won’t get in the shot. This will give you twice the amount of dolly in/out range.

PRO Long On tripod:
2.9 ft (90 cm) / 20 lb (9 kg) On ground:
1.4 ft (45 cm) / 40 lb (18 kg)
Well-thought-out right down to the smallest detail
Fast to set up - easy to relocate
No tools or assembly required. It takes only a few seconds to set up for quick filming and location changes. SliderPLUS has a locking mechanism to make it immobile so you don't need to disassemble the system to relocate it.
All models fit in edelkrone Backpack
This amazing portability makes it very easy to carry your SliderPLUS. You will use it more often!
Built-in foldable legs
You may adjust each leg independently to adapt to the terrain or fold them up for easy storage. (SliderPLUS Legs now have the locking mechanism you wished for.)
Magnetic belt clips
You can replace the belts whenever you need without wasting time thanks to the magnetic snap-on belt clips.
Pop-up screw
The mounting screw on top can retract to protect your bag from scratches and tears.
Add Steady Module to perfect your hand-pushing

Steady Module
Steady module will enable you to nail that perfect shot even when you are at a very remote location. No batteries, no chargers required; completely mechanical solution. Uses fluid dynamics to dampen the movement.
Add Slide Module v3 to motorize your slides
• Slide Automation • Motion Time-lapse • Stop Motion • Visual Effects

Slide Module v3 (What's new with v3?)
Slide Module v3 is a motorized add-on which can be attached to all SliderPLUS models. With Slide Module v3, you can easily achieve perfectly stable slides or easily program motion time-lapse and stop motion videos. You can still move your SliderPLUS with your hands to set positions while Slide Module is attached!
Ability to do tasty inclines
Thanks to the new design of SliderPLUS v5, you can now do inclines up to 22.5° (climb/descend) when paired with Slide Module v3 or the previous generation Slide Module v2. While doing inclines, the use of motorized heads is not recommended. If you need an incline monster, we recommend taking a look at JibONE.
Connects wirelessly to HeadONE and HeadPLUS
Having a motorized head on a motorized SliderPLUS (Slide Module required) opens the door to amazing 2-, 3- or 4-axis camera motions which can be easily programmed and repeated. You can record never-before-seen, amazing motion time-lapses and visual effects shots with these combinations. The devices pair instantly in the background while using the same App or controller to control all devices together.
Any combination will be detected automatically and paired seamlessly to work together. HeadPLUS (2 models) Add HeadPLUS to SliderPLUS and get motorized focusing + 3-axis smart object tracking. HeadPLUS is the industry’s most advanced motorized camera head.
Serious Filmmaker or Youtuber?
Take your productions to the next level!
Exclusive edelkrone features for one-man video production
Automatic Target tracking (with HeadPLUS)
HeadPLUS has the ability to learn three different targets. When transitioning between targets, HeadPLUS keeps each target in frame and focus even when moving on SliderPLUS! With this automatic feature, you can achieve elegant parallax shots without spending any time programming the system.
Live Target Switching (with HeadPLUS)
You can make a smooth transition between any of the three preset targets by selecting your desired target through the App. During each transition, HeadPLUS elegantly frames the new target and focuses while keeping the target in frame and focus as the camera moves.
Instant Target Learning (with HeadPLUS)
If you add Laser Module to HeadPLUS, you can teach the position of any stationary target to the system instantly. Just aim on the target and press OK. The camera will instantly frame and focus on the target.
Sequencer feature (with HeadPLUS or HeadONE)
With Sequencer feature, you can chain multiple poses one after another to create complex camera motion. Transition speed between every pose is independently adjustable. Also, you can make it loop so that the system goes back and forth in the given order.
Stop motion software integration (with HeadPLUS)
HeadPLUS can be controlled with Dragonframe animation software through any PC (Windows/Linux) or Mac. (Stop Motion Module required.) Remember that even without Stop Motion Module and Dragonframe software, you can still create amazing animations just by using the edelkrone App. However, if you want to step up your game, we recommend using Dragonframe.
Can be hand-controlled (with HeadPLUS)
You can manually adjust the pan and tilt angle of the HeadPLUS. Instead of relying on a remote control, you can program your camera motions with just your hands! This gives an unprecedented speed to your workflow, and makes the whole process much more intuitive.
Super easy time-lapse programming
Setting up a motion time-lapse is the easiest with edelkrone App. In your time-lapse videos, you can have a simple transition between two keyposes or you can convert a recorded complex camera motion into a time-lapse with a single button. You can use edelkrone’s unique Dynamic Interval and Dynamic Step Size Technologies to introduce never-before-seen efects to your time-lapses which bend the speed of time and speed of camera motion independently of each other.
Watch Video ONE BAG TO CARRY THEM ALL
Single App to control all
edelkrone App cleverly scans the available devices in its surroundings and pairs with them automatically, giving you a single screen to control all devices together.

The interface is extremely simple.

Use the controls on the top part of the App screen to set the pose of your camera. Press and hold on any of the keypose buttons to record that pose. Use the same button to recall that pose. It’s that simple. Press 2 keyposes to put the system in loop between both keyposes.

You can adjust the speed and acceleration of the transition between keyposes. Or, you can easily create time-lapse videos by using the same keyposes. The App shows you this control screen when there is only one motorized slider discovered around. The keypose, transition speed, transition smoothness adjustments are always available on the main screen. When you combine your Slider with HeadONE, this is the control panel you'll see. If you add 2 HeadONEs, the tilt adjustment will also appear on the screen. Sequencer feature becomes available when you connect an edelkrone head to the setup. When you combine your Slider with the HeadPLUS, the App gives you this 4-axis control screen including the focus adjustment. Notice the Target Mode button also becomes available at the bottom for smart target tracking. After you complete recording a motion, this is the screen which lets you replay the motion recorded. You can also convert it in to a time-lapse or stop-motion via this screen. This is the time-lapse screen. First, enter your Record Time & Play Time and your FPS settings. Next, set the same shutter speed with your camera in the app & set the interval. Lastly, select the starting and ending keyposes. This way you will achieve a nice motion time-lapse video transitioning between both keyposes. When you setup your time-lapse, instead of entering a static interval, you can enter a dynamic interval with the help of this graphic. So, you can have an alternating speed of time in your time-lapse video. This feature will not affect the speed of your camera motion. If you start a time-lapse while you are in Target Mode, you will be able to select targets. edelkrone Controller
If you prefer not to use your phone (edelkrone App), and need a dedicated solution, edelkrone Controller will be your best friend. Compatible with all motorized edelkrone sliders, jibs, heads and dollies, edelkrone Controller allows you to easily control any combination of these devices.
Perfect on the inside
Super Accurate Backlash-free Gear Design
All edelkrone motorized products use the same backlash-free gear design technology for perfectly repeatable, smooth motion for even the most demanding shots. Even the most portable edelkrone devices have heavy-duty gears assuring lifetime good performance.
Ultra Quiet Step Motor Driving Technology
All edelkrone motorized devices have a unique quiet step motor driving technology that combines ultra precise step motor positioning ability with ultra quiet operation. Step motors are perfect for precise motion control but until now their downside has been the noise they make. With edelkrone motorized devices, you will get the world’s most precise positioning with the quietest performance.
Reviews
Find and read inside stories from users like you!
Customer Reviews
4.0 Based on 3 Reviews
5 ★
67%
2
4 ★
0%
0
3 ★
0%
0
2 ★
33%
1
1 ★
0%
0
Customer Photos
Write a Review Ask a Question

Thank you for submitting a review!

Your input is very much appreciated. Share it with your friends so they can enjoy it too!

I had to return this because it only gave a smooth slide at high speed where bumps are imperceptible. At slower speeds it gave an uneven resistance like the wheels were lopsided. My colleague who'd been a longtime Edelkrone user (my inspiration to buy) took advantage of the trade up program and her V5 slider would lurch at slower speeds as well. She had her unit exchanged and the unit she got in return preformed worse. She said her previous generation slider was much smoother (she slides manually on a regular basis). The reply I received from customer service after sending them a video demonstrating the poor slide performance of my V5 slider (https://youtu.be/lluz952f4DE) was a canned response (I know this because my colleague received the exact response) saying slow speeds are impossible due to human error and suggesting I purchase an add-on to achieve smooth, slow speed slides. First, this shows that the customer service rep didn't even look into my order otherwise they'd have noticed I DID, in fact, order the steady module (which does improve slide performance). Second, with practice, sliders which don't have damping can slide smoothly, but not if they're giving uneven resistance, and unfortunately that's hard to prove in a video without very specialized equipment. Third, I'd originally inquired about an exchange. I WANT the product to work, I figured maybe I just got a bad copy (it happens). I was not offered the option for an exchange, rather... Forth, I was instead offered either return it or "buy an add-on." If your product is so bad at what it does that it can't perform its base function without buying additional parts, maybe take it back to the drawing board. I imagine they'll be getting a lot of returns on this 5th gen slider. 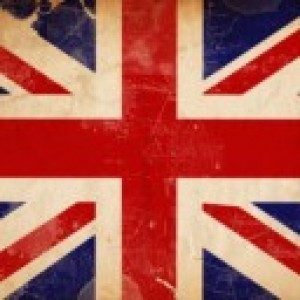 Edelkrone always knocks it out of the park with their attention to detail and sturdy build. I upgraded to the v5 slider, and I love it!

Edelkrone always knocks it out of the park with their attention to detail and sturdy build. I upgraded to the v5 slider, and I love it!